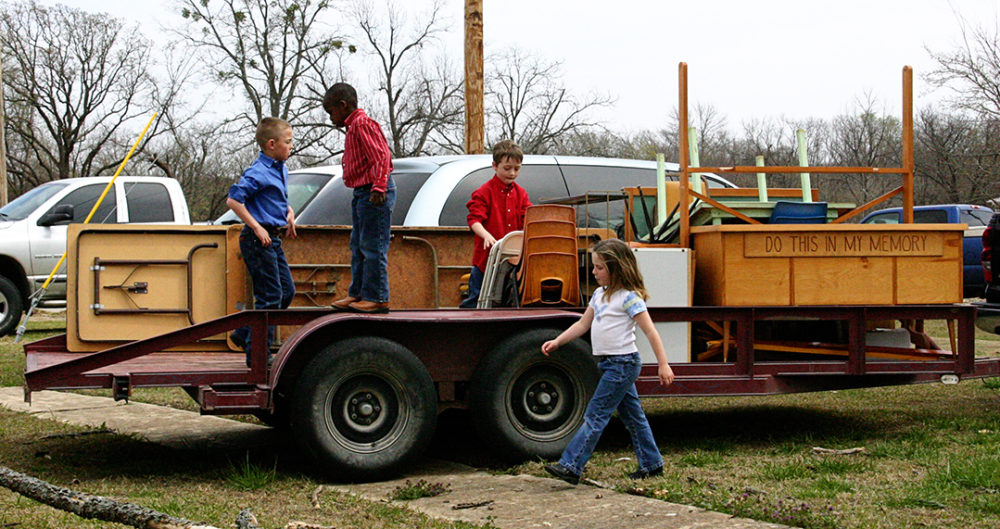 Buck Crabtree would come by our house about once a week.  He was an old man–I’m ­­not sure how old; but I think he may have traded a few chariot horses with Moses.  Roger and I would be out feeding or fixing something and we would see Buck coming up in his old blue pickup.  Buck liked to “visit” as we call it.  Stop by for a chat (the weather was always a topic of conversation and he would discuss how many square bales of hay the meadows would make) Before these “visits” would draw to a close with “Well, we’ll see ya,” Buck would bring up the little congregation in Fittstown–­­a church family of about 12 regulars in a former Dairy Queen building just 3 miles south of our ranch. “We sure need you” was all he would say in the way of an invite.

One Sunday we decided to take Buck up on his invitation.  My three children were the only children there.  The singing was led by a local cowboy, Roy McGehee, who (no offense to Roy) was better at braiding a set of reins than singing.  Roy led singing every Sunday for years.  Because he was good at it? you may ask.  Not exactly.  Because he was “called?” Possibly.  Because it was a glamorous position? Absolutely not!  Roy led singing because there was no one else.  A job needed to be done and he stepped up to do it.  The old cowboy had become a Christian as an adult and was willing to serve.  Wearing red suspenders he had braided himself; he lead the little congregation in singing old standby hymns, serving communion and leading prayers.  The message on the Sunday of our first visit was delivered by one of four wonderful men–visitors who would each come one Sunday per month to preach.  I don’t remember the topic of the sermon; but there was one thing I could not forget.

The people were so friendly.

They were glad to see us.  We didn’t immediately go back to the Fittstown church.  We were members of a congregation of our own; ­­a great church family with two Sunday morning services, beautifully planned music, a youth group, multiple Bible classes and fellowship groups… all the things that people may look for in a church home.  But Buck kept coming by; ­­just to visit, you know.  And he would always say, “We sure need you.”  We visited the Fittstown congregation again…then again…and again.  Before we even knew it, we felt a part of their church family.  I would escort my three kids alone to a back room for Bible class.  Roger would help lead prayers.  There were pot­luck dinners and more visitors and other young families and over time we started to have a full house on a Sunday morning.  This created a dilemma.  The little congregation had outgrown the building but could not afford to build a new one.  How could we make this happen?

The answer was WE couldn’t; but God can do anything!

Buck Crabtree “visited” many families, ­­not just ours.  He and his sweet wife Marie worshiped in Fittstown faithfully just as they had done most of their lives.  They kept the doors of the little church open for many years with their own funds.  Buck, just like Roy and the other original 12 members, made an investment.  They had no idea what God’s plans were or even if the little church would survive.

They just continued to worship, do the best they could, be friendly, invite others and invest of themselves.

What have they received from this investment?  We don’t always see the fruits of our labor or the seeds we have planted grow into something beautiful; but they have seen the fruit.  The Fittstown congregation now has about 100 present each Sunday morning.  Maybe not a lot of people by some comparisons but a considerable number in a town with only a post office and two convenience stores.  The church has a dozen plus members who have traveled to Haiti on mission work.  In Haiti; the church is also a sponsor of a student in preaching school, started a school in a rural location, helped support other churches and a widows’ program.  Last year, the church opened their building and facilities to a school that needed a temporary home.  Fittstown now has a full-­time preacher, Bible classes for all ages and 30+ youth.

What was the return on their investment?

When Roy was critically injured in a horse accident, the little congregation where he led singing every Sunday for years, provided emotional and financial support for Roy’s family while he was in ICU.
The last few years of Buck’s life he was surrounded by kids who loved him and he always had a piece of bubble gum for every one of them at church.  A group of 20 or so children, who now worship at
Fittstown, went to the Crabtree’s home to sing Christmas carols each year.  Not one of them left without a big wad of bubblegum, ­­even if it meant singing at the next house would be a challenge!  Buck and Marie
celebrated their 60th wedding anniversary with 126 people at church who love them and gave them hugs in their old age.

Just this last week, the little congregation made their last loan payment on the new building!

What investments are you making? Are you telling those at church “we sure need you?”  People want to feel they are needed and part of a church family.  Are you getting involved?  Don’t wait for someone to ask you; if a job needs to be done, be like Roy and just do it.

Let us not just fill a pew; but make investments in our families and our churches.  An investment no economic fluctuations can affect.

You will be repaid in gold…streets of gold!

–Moving day!  Buck on the right carrying a church pew out of the old building.  And yes, we use livestock trailers to move!– 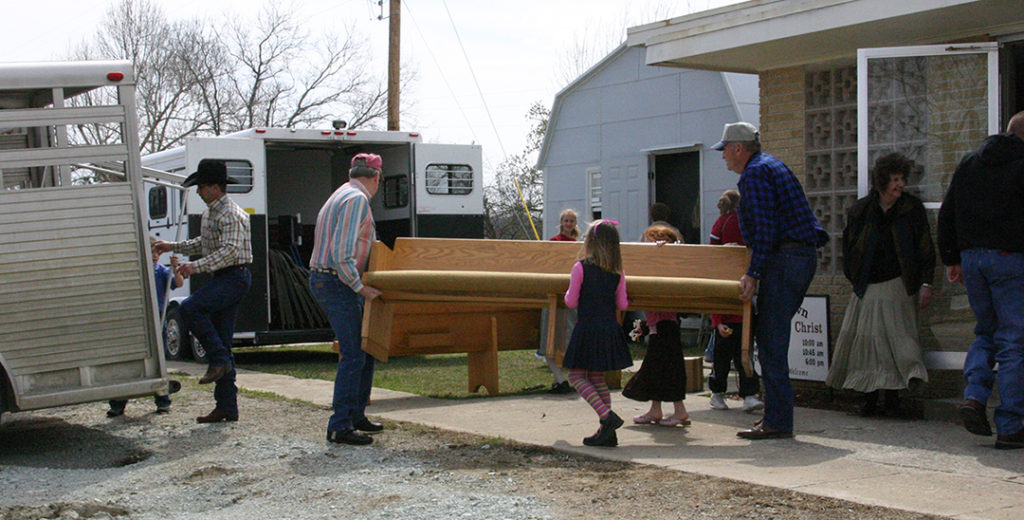 –My son learning to lead singing in the old church building– 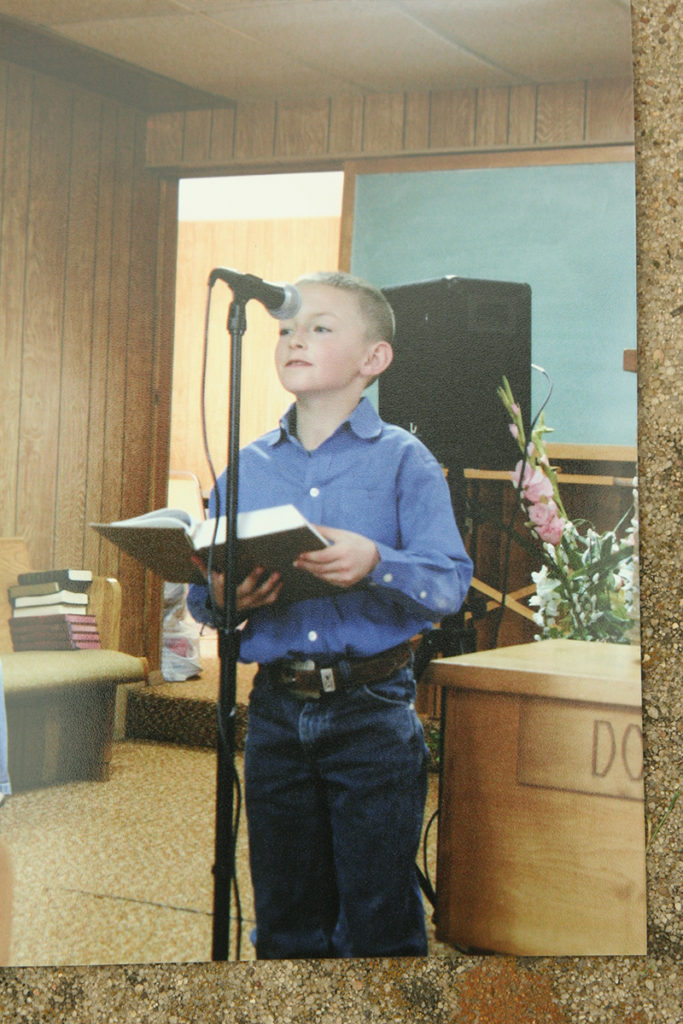 –Roy in his signature red suspenders– 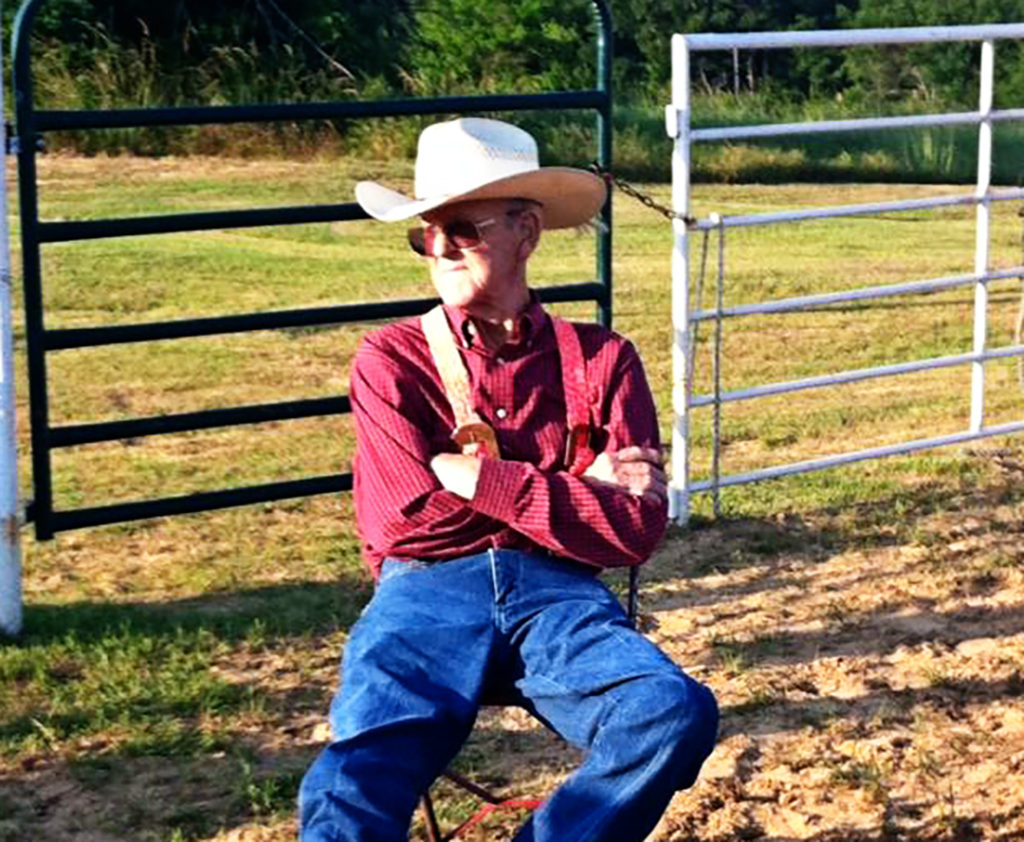 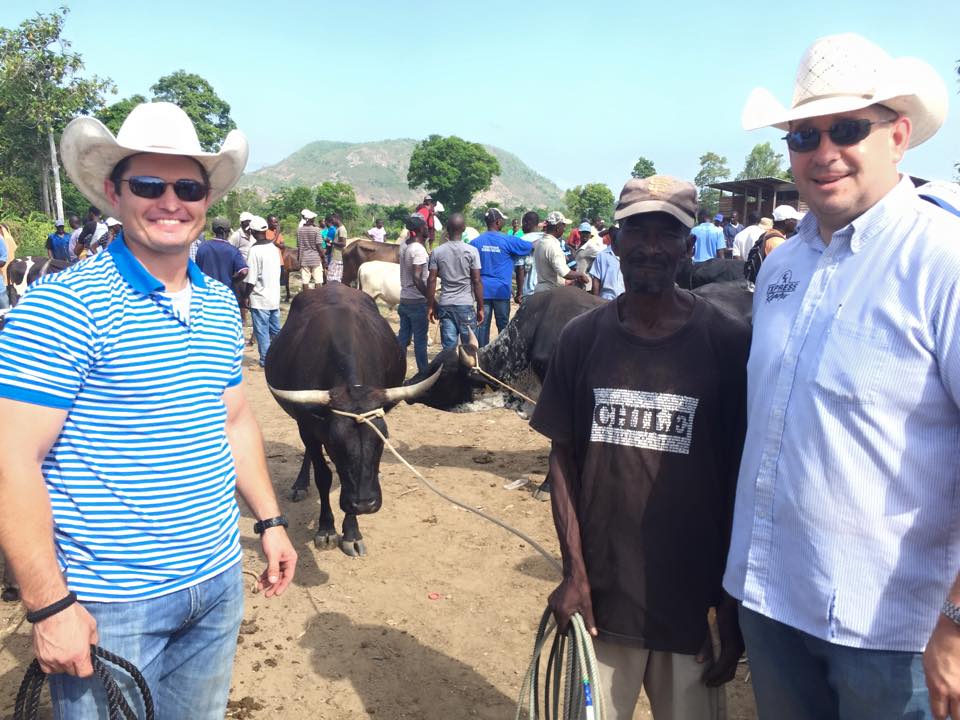 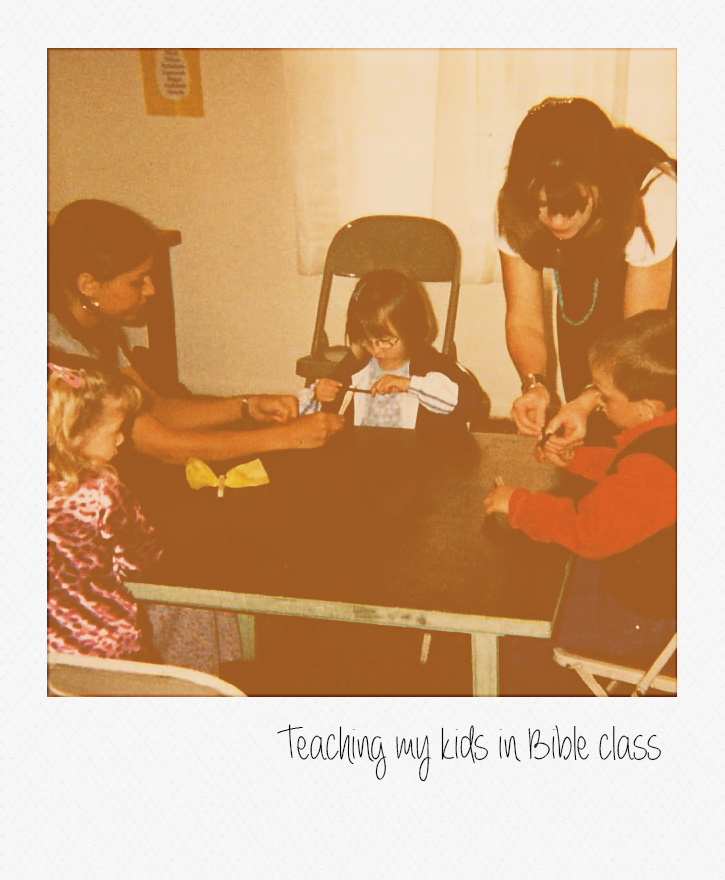 Rooted in the Gardener 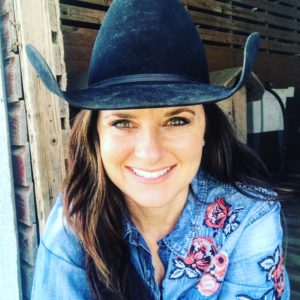 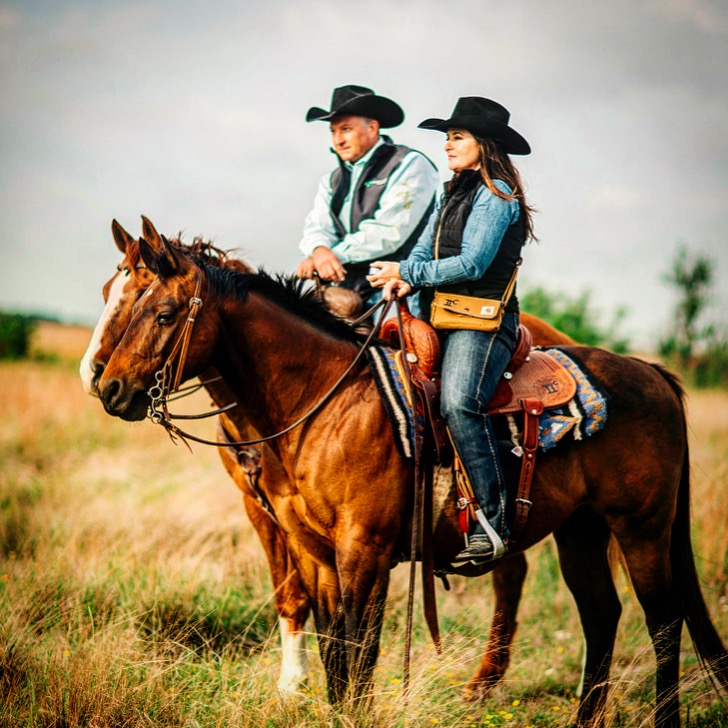 We strive every day to enjoy simple pleasures, make our home a haven, work hard, serve God, do good deeds and inspire others. Thank you for joining us to "Spur Daily" here on Callison Ranch.

Thank you from the Ranch